Our courses prepare you to become a DJ with production skills and work internationally.

No previous experience is needed. From Beginner through to Producer level.

YOUR WAY OF BECOMING A PROFESSIONAL DJ

At the Academy you will learn everything you need to know about DJing and Music Production with our qualified and experienced teachers.

You can borrow equipment from the Academy and  train extra hours, make your own mixes, get real-life experience by playing sets at nightclubs, beach clubs, bars and private events in Marbella.

We will teach you how to apply for a DJ position, how to prepare your CV and how to answer interview questions to get a job.

EVERYTHING IS INCLUDED DURING THE COURSE

During the course we will provide you with all the necessary equipment. At the Academy we have a fully equipped recording studio with Pioneer XDJ-RX and Rekordbox, soundcards, guitars, piano and Dj controllers (one of which you can borrow for training with your own laptop).

Our curriculum is structured to follow the requirements of all the biggest clubs and follows all guidelines for International DJ Training.

After completing the full course and getting your certificate as International DJ Producer (I.D.P), you will be ready to work with basically any Equipment in any part of the world! 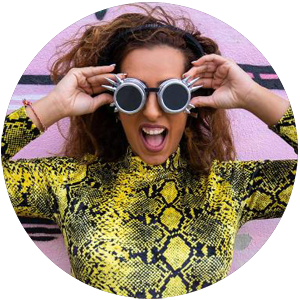 An artist who is revolutionizing the dance floors, we can see her performances in the most prestigious beach clubs and dance clubs in Costa del Sol. She played her set at the Tomorrowland Festival 2019.

Raquel D.K is chameleon Dj constantly surprising, adapting to any type of audience and scene. She strikes with her elegance and positive energy. Everyone who listens to her ends up intoxicated and hypnotized by the sound of her sets. 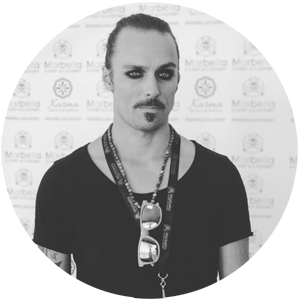 A musician with a great experience in music production, sound engineering and educated in Acoustics, Sound Technology, Production and Mixing.

Owned and operated his own studio in Sweden for 10 years. Collaborated with both big and small artists, such as Niclas Frisk, Titiyo, Pugh Rogefeldt.

In 2011 Saint won a major competition in Swedish radio with his own music, which resulted in one of his songs going on all of Sweden’s radio P4 for over a year. 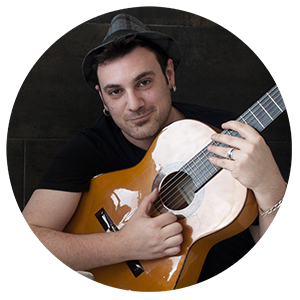 Sound technician and designer for audiovisual shows and music producer.

More than 10 years of experience in the music industry with several national tours as a musician and as a sound engineer mixing and producing a large number of artists.

3 hours per day / Monday to Friday

4 hours per day / Monday to Friday

3 hours per day / Monday to Friday

4 hours per day / Monday to Friday

6 hours per day / Monday to Friday

8 hours per day / Monday to Friday

If you for whatever reason are forced to cancel the training you are welcome to take the course free of charge at any available date within 2 years (see terms and conditions when booking).